Eurolinguaclub is a school of foreign languages

You can choose a course that meets your needs and level of language competence. In Eurolinguaclub, you can just learn a language or prepare for an exam. At the end of the course, the student receives a certificate. At the moment, all courses are held via Skype. 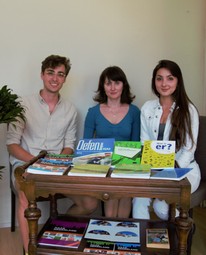 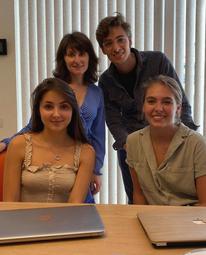 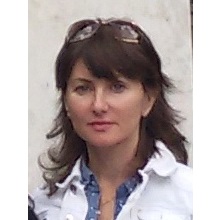 I am the founder of Eurolinguaclub and a professional teacher of English, Russian and Dutch with over 23 years of experience.

In 2012 I relocated from Russia to the Netherlands and started with Eurolinguaclub (European school of foreign languages).

I am graduated from 2 Universities:

- State University of Belgorod, Faculty of Romance and Germanic philology (specializing in English and German) and

I am glad to have been able to make my hobby - foreign languages – my profession.

I give lessons of English, Dutch and Russian.

In addition to languages (English, German, Russian, Latin, Dutch), I also studied pedagogics, psychology, ICT use in education, ethics and methods of teaching of foreign languages.

Teacher of Russian as a second language (2019 online course  https://pushkininstitute.ru/teach/courses)

My diplomas were valued by Nuffic in 2013 and I have received a teaching qualification from  DUO.

From 2014, more than 500 students studied English, Dutch or Russian at Eurolinguaclub.Almost every month somebody passes for the citizenship exam (Inburgeringsexamen).We are very happy about that. So are our students.Their recommendation can be seen here https://www.eurolinguaclub.eu/index.php/ru/

During the lesson we practice all kinds of language skills: reading, listening, writing and speaking.

We do this using the following methods: interactive, communicative, TPR, TPRS.

During the first conversation with a student, we ask what goal he wants to achieve and how much time he intends to spend on it.

Then we taylor a unique plan. The purpose of learning a foreign language is to communicate in this language.

We are always aware of this primary goal, but apart from this goal, we set each lesson a small goal, which the student must achieve during the lesson.

That is the reason for the success that Eurolinguaclub has achieved in these years. 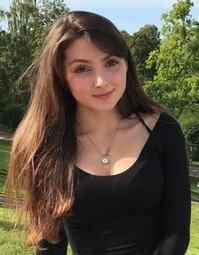 Alina is about bilingual.

She was born in the family of a philologist, so the terms that are used in linguistics are everyday vocabulary for her.

In addition, her family has had teachers in every generation since her great – grandmother.

Being among teachers is a normal environment for her.

Except her passion –foreign languages, she studied creative business at the University of Applied Science in Utrecht. Her thesis was about development of new directions in the Eurolinguaclub. The ideas and plan were approved by the University, so we can safely entrust the development of the school to a certified specialist.

When people talk to Alina, they trust her, because she is a good teacher by nature.

Foreign languages surrounded her from birth (first English, then French and Spanish, after relocating to the Netherlands from Russia, when she was a child, Dutch).

She studied at a Dutch secondary school, the Dutch University of Applied Science, worked at NaschoolEnzo in “Cals College IJsselstein”.

Alina has passed not only powerful language training, but also courses of the methodology of teaching foreign languages.

Classes are provided in Dutch, but if necessary, some points can be explained in Russian or English, which are used as bridge languages. 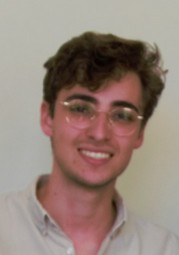 Jeroen is a native speaker coming from a family of teachers.

While studying at the University of Applied Science in Utrecht, Jeroen simultaneously works at NaschoollEnzo in a Dutch school (Cals college IJsselstein), giving additional lessons to Dutch children to improve their knowledge in various subjects.

He has been teaching Dutch via Skype for more than 3 years.

All his students are absolutely delighted with the lessons.

The lessons are provided only in Dutch.

Be prepared for very serious lessons in which even humor is used as a tool to improve your language skills.

A small example: one of the books that Jeroen's students read and analyze with him is "Nietzsche en Kant lezen de krant".

In his lessons, you will learn how to conduct a conversation on a high-level literary Dutch, read authentic literature, develop literary written skills, you will get the feeling of the language, which is an essential attribute for those whose ambitious plans include communicating with high-level Dutch.

Amber is a student of English at the University of Applied Sciences in Utrecht. Her native language is Dutch. She learns about the theory of English linguistics, pedagogy and teacher skills, whereupon she processes this knowledge in her job as a tutor and teacher.

Amber has been teaching for more than four years at different tutor organisations and schools. She has taught different age groups and levels of English. This varies from children to adults. Because of this variety of experience, Amber has excellent communication skills and is capable of analysing an individual’s needs. Additionally, she has worked with special needs students as well, which requires patience and a special approach.

For a special Honours course at the University of Applied Sciences, Amber developed a training for performance anxiety. Multiple individuals who encounter fear of failure have tested this training and stated that it helped to overcome their fear.

Developing the four skills of English (reading, listening, speaking, writing) will be the most important, general goal during the English lessons. They will be acquired through fun and different activities, such as role plays, presentations, authentic literature, educational games, et cetera. However, every lesson also will have a separate goal, which the student needs to achieve during the lesson. Additionally, other sub-skills, such as cultural awareness, grammar and vocabulary, will be introduced in the lessons as well.

Daniela Parga is a young Argentinian, born in Buenos Aires. At the moment she is in her 4th year of the study Communication Science at the University of Buenos Aires. (UBA). Next year she is going to broaden her knowledge by specializing in public opinion and publicity.

Daniela is not only a native Spanish speaker, from Argentina, but she has also been surrounded by multiple foreign languages from a very young age since she has family members from different countries. Her Italian grandfather has taught her Italian. Moreover, she has relatives in France, who she is been practising French with on a daily basis. Besides Spanish, Italian and French, she also speaks English very well! Therefore, Daniela is able to help a student master Spanish by using one of the above-mentioned languages as bridge – languages, if needed.

Daniela did not only grow up in multilinguistic surroundings, but she has broadened her knowledge about different countries and languages by numerous language – exchange programmes that she has completed. She passes her passion for foreign languages to her students and encourages them to learn Spanish language and get to know more about Spanish / Latin-American cultures in a very pleasant and entertaining way. During her lessons you will learn grammar, vocabulary and most importantly, you will be able to practice your speech with a native speaker.

Isn’t it a great opportunity to learn one of the most spoken languages in the world with a native speaker, from Argentina? 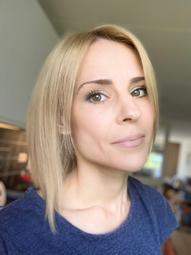 Daria is a professional English teacher with 8 years working experience in secondary education and language courses in Ukraine, since 2015 she has been permanently residing in the Netherlands. In 2006 Daria graduated from the National Pedagogical University named after M.P.Dragomanov with a degree in English Language and Foreign Literature (diploma is confirmed by the Netherlands Ministry of Education). She also followed a number of professional courses, including, in particular, Consecutive Interpretation Courses at the Linguistic Center "Ukraine-Europe "(Kiev, 2012).
In the Netherlands Daria worked at the Center of Development for Bilingual Children (Amersfoort, 2016-2017) with the kids of 6-7 years old. Her professional life is also connected with journalistics (weekly edition "Mirror of the Week", Kiev; magazine "Rus Monaco", Amersfoort), behalve that Daria runs her own creative project making paintings on textile.
Most of Daria's teaching activities have always been devoted to private lessons. Only through the close contact with the student, understanding of his educational goals, interests and opportunities you can drow up an effective individual training program. Her target audience are both children (from 6 years old) and adults with completely different learning needs: someone wants to learn how to have a relaxed conversation while traveling, someone is completely lost in the maze of English grammar. During her lessons, Daria is ready to use Russian, Ukrainian or Dutch as auxiliary languages, if the situation requires it. Training materials and workload are always selected individually.
The advantage of lessons with Daria is that she has a broad understanding of the educational systems of two countries - Ukraine and the Netherlands. Thanks to this, she manages to take the best of each of them: the logical and solid methodological basis of the Ukrainian system in her lessons is perfectly combined with true Dutch ease and maintaining a keen interest in learning.

Siranush is a young lady who was born in Armenia. She spent her early childhood in Russia. Then she relocated to the Netherlands where she went to study. This has enabled her to speak Dutch, Russian and Armenian at the level of native speakers.

Moving from one country to another has made her a very purposeful and enterprising person that can help others to learn Dutch and to integrate into the Netherlands.
She knows how to do this, using her own experience.

After her education at a Dutch school, Siranush has got a diploma of an  independent entrepreneur and was able to participate in the Young Lady Business Academy. Here she continued to develop and expand her network.

Siranush teaches young people at a Dutch school (MBO), where she was very much loved by the students. When she teaches people and helps them achieve their goals, she feels comfortable.